Following the submission of the plans for redeveloping the farmyard at Hayes Street Farm, your local councillors have been in pressing owners Rookery Estates for clarity on the future of the rest of the land.

The open farmland is not part of the development plans, and as ‘virgin’ green belt is heavily protected against future development regardless of whether the farmyard plans are approved or not. Understandably though, many residents are still worried about what may happen once the farm is no longer operating in its current form.

Rookery tell us that they “envisage having horses on the farm for the foreseeable future although these will be live out horses. No new livery buildings are anticipated. The fishing lake has been let for 10 years so [we] expect this to continue into the future”.

On the future of the boot fairs, George Hoeltschi “has been given permission to hold boot fairs for the next 2 seasons only but Rookery would probably need to curtail this after this year if planning permission is approved for the development”.

Questions remain though about how the future of the rest of the farm can be further secured. Local opinion is split on the boot fairs, but will the land still be viable with just the trout fishery and only live-out provision for horses, for example?

As regards the development proposals themselves, the application for the farmyard plans is open for comment until 24th January. As your local councillors we will be formulating our own detailed response to the plans soon and have already asked that the application is put before a committee for a public hearing, should the recommendation from planning officers be for approval. 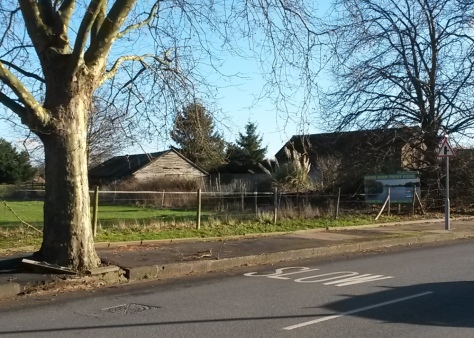