Residents are set for new, effective noise controls on air traffic to and from Biggin Hill airport. The new measures are being planned in response to the airports bid for longer operating hours. 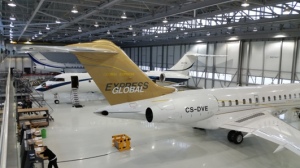 The airport’s proposals are to open later on weekdays – until 11pm – and for longer hours at the weekend and public holidays – from 6:30am to 11pm on Saturdays and 8am to 11pm on Sundays and public holidays. They have also proposed reducing their current ‘cap’ on annual movements (flights) from 125,000 to 50,000 and tighter restrictions on hours for single engine light aircraft and flying training.

They are also proposing modifying the current ‘shoulder hours’ – the periods at the start and end of the day – to allow a maximum of 8 flights in each period – currently there is no limit on the number of movements, only a condition that any such aircraft must be based at the airport.

The council, however, although agreeing in principle to a change in hours, is putting forward alternative proposals reigning back the airport’s suggested weekend and public holiday hours to the later start time of 8am and an earlier closing time of 10pm on Sundays and public holidays.

Crucially, Bromley is also insisting on enforceable noise limits – which have not been possible under the current lease and the technology available when it was originally signed.

These new limits will require the airport to carry through their promises to raise the altitude of the flight paths and approach paths, and constant, publicly accessible monitoring. The airport has also requested the removal of the ‘stacking’ beacon at the airport, which is responsible for many of the larger aircraft seen in the borough’s skies.

The new hours will provide the conditions that prospective new businesses at the airport need to invest in the area and provide – according to the airport – up to 2,300 new jobs over the next fifteen years.

In parallel to these developments, the borough has brokered talks between the BHAL, Bromley College and other parties with a view to setting up a specialised precision engineering college at the airport.

The council and airport will now enter detailed negotiations around the hours, enforcement mechanisms, financial arrangements and other issues, with any final proposals being subject again to public scrutiny.