Following a number of meetings with your local councillors and residents in the West Wickham Common area, Transport for London (TfL) have prepared a number of options for providing a pedestrian crossing near the junction of Hartfield Crescent and the A232 Croydon Road.

There are two options favoured by TfL, both include the widening the top of Hartfield Crescent where it crosses the Common, both for highway safety reasons and to provide a formal pedestrian footway up to the Croydon Road and along the opposite side of that main road.

However, these options involve some degree of ‘land take’ from the Common, which is the responsibility of the City of London. At the City’s West Wickham Commons Consultative Committee in January, Cllr. Neil Reddin and representatives from the West Wickham Common Residents Association saw the plans and made various comments, all generally in favour of at least one or more of the options.

A decision to agree, or otherwise, the loss of common land must now be made by the City of London’s Epping Forest and Commons Committee on the 9th March. One point that was made at the consultative committee was that there have been other (rare) examples of such land take being permitted in the interests of road safety on other areas under the ownership of the City. 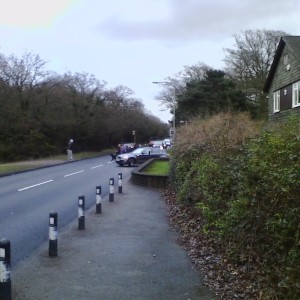